“The future is no longer what it once was”: this is how the “Business, finance and sustainability” conference opened on 20 February 2020. It was a bold opening statement and a decisive starting point for the event organised by Confindustria AltoAdriatico in Pordenone. It shows how the world is changing quickly and businesses need to be able to innovate strategically to grow and be competitive on the market.

Santalucia Mobili was one of the companies that took part in the round table, sharing its experience of corporate social responsibility (CSR). We presented some of the concrete steps we have been taking to achieve the 17 Sustainable Development Goals set out in the UN’s 2030 Agenda. 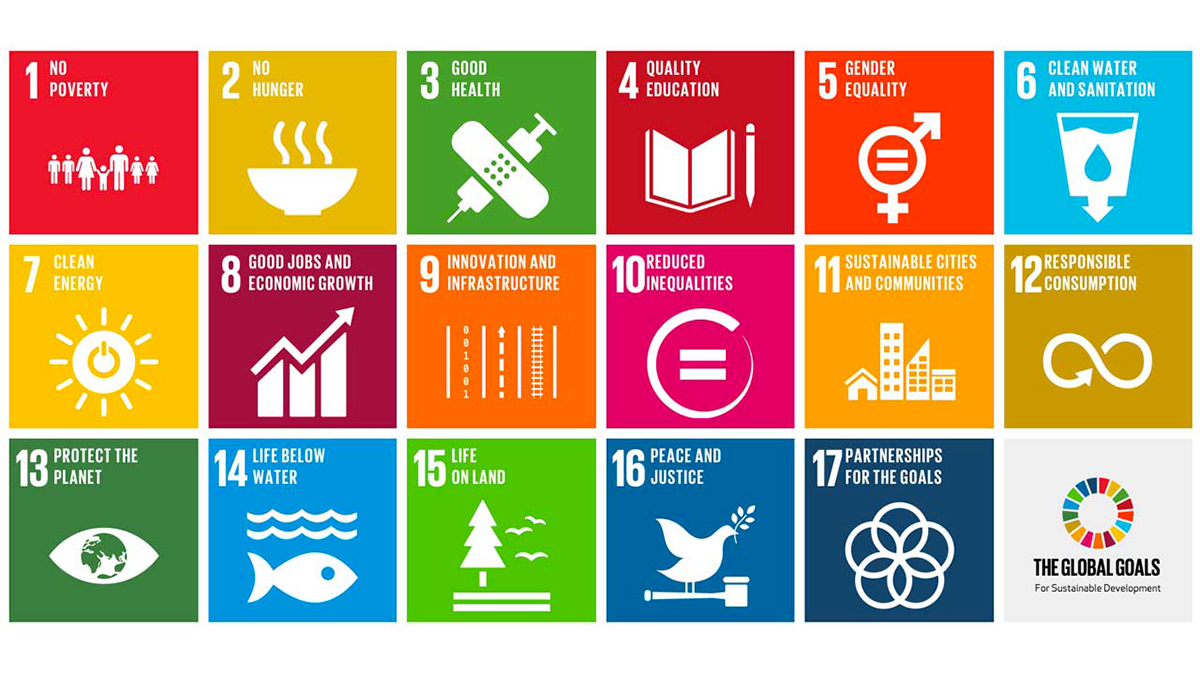 But what is corporate social responsibility? According to the European Commission’s Green Paper published in 2001, CSR consists in voluntarily adding a social and environmental dimension to business and relations with stakeholders.

During his opening speech, Antonio Massarutto, economist and professor at the University of Udine, said that humanity needs to find a safe and fair space, and, for this to happen, the players in the economic and production system need to work together as a team, involving all stakeholders, to redesign the entire value-creation system.

The General Manager of Santalucia Mobili, Jacopo Galli, highlighted the steps the company has been taking in terms of CSR since 2012, helped by the company’s innate propensity to care about its employees. This is something that is part of the make-up of many similar sized companies in this specific area. The approach puts people at the heart of business and the company continues on this path today, implementing new measures. We have taken timely action as part of a broader corporate strategy covering all aspects of our business. Here are some of our top sustainability tips for a better future. 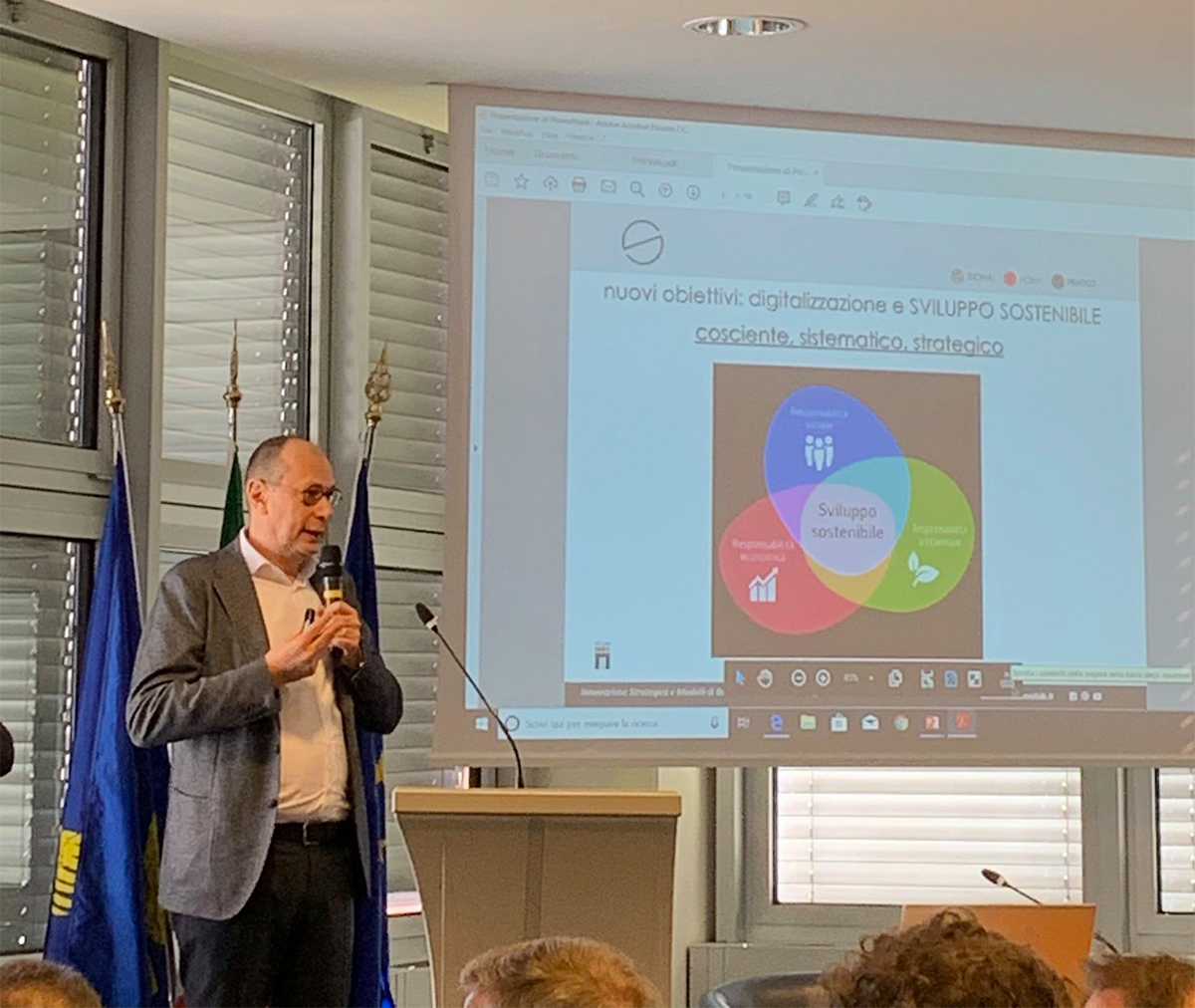 Invest in digitalisation
Digitalising industrial processes is key to “Industry 4.0”: in 2019, Santalucia Mobili invested 2.5 million euros in upgrading its machinery and optimising its warehouses by reducing consumption and waste.

Respect the environment
Since 1996, Santalucia Mobili has been using vinyl glue instead of urea glue to bond laminates. Vinyl glue is water-based and not harmful to the environment. Waste has also been halved from 35,000 kg to 17,000 kg.

Save more energy
The lighting in our 40,000 m2 facility has been converted to LED. We have reduced consumption by 45% (-256,000 kWh) and CO2 emissions are also down (-153,000 kg). What’s more, Santalucia Mobili is the first company in the region of Friuli Venezia Giulia to install a heating and air-conditioning system that uses LNG – clean energy that is environmentally friendly. It has no impact on human health and helps to drastically reduce pollutants.

We are stronger together
With a view to working as a team, Santalucia Mobili set up “Italian Habit”, a network of companies that brings together businesses offering furnishing solutions for the retail sector and large turnkey projects. Santalucia Mobili is the lead company in this network, which pools different skills and structures, to export made-in-Italy products and quality around the world.

Support education
This year, Santalucia Mobili is partnering with the local industrial design campus (ISIA) and will be involved in “Pordenone Design Week” (date to be confirmed). A project has been assigned to the students on the theme of furniture innovation using eco-sustainable materials.

Get involved in charity work
Santalucia Mobili has been partnered with the social cooperative “Il Giglio SCARL onlus” since the very beginning. As one of the region’s flagship service providers, it takes care of 26 people with disabilities at its day centre, as well as providing residential care for 8. We also support the “Associazione Familiari e Amici del Giglio” (AFAG), a sister association providing support to family and friends of the service users.

Create a virtuous cycle
After the crisis in 2012, Santalucia Mobili was cited as a concrete example of a company that had reorganised production, adopting the lean method, and stimulated business, opening up to foreign markets and the turnkey project sector, rather than looking for an exit strategy. The watchword that continues to guide Santalucia Mobili’s CSR policy is transparency. All stakeholders, including suppliers, are kept informed about the company’s production and financial situation.
In December 2019, thanks to its exemplary conduct, Santalucia Mobili became a CRIBIS D&B Prime Company, a status awarded to companies scoring highly on its commercial reliability index.

The conference was an important opportunity to reflect, exchange ideas and share information with stakeholders, and provided a chance to think about the need for an ever more sustainable future.

© Santa Lucia 2017
All the original photos are property of
Mobilificio Santa Lucia SpA.
All Rights reserved.